Tales from the Path:

The Unicorn's Dance of the Numbers 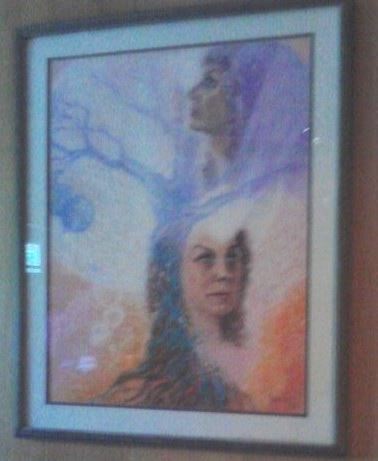 Margaret Rustan-Dixon is The Unicorn

This painting of her was done by the famous spiritual painter, Arthur Douet, who is now on the other side. It shows her connection to the trees and her multidimensional  connection where her unicorn wisdom comes through. 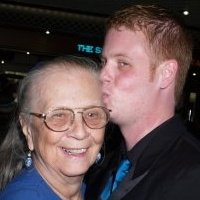 I became interested in Numerology in the early 1960s. The first book on numerology I read was “Your Days Are Numbered” written by Florence Campbell, published in 1931 (the year of my birth) and that book still resides in my bookcase. I researched Cheiro (Chaldean theory) and Pythagoras and the history of Numerology and became a believer. Although I took several classes over the years, for the most part I read and researched. The knowledge I gained about Numerology, (from so many different sources I cannot even remember them all), I share more deeply on the Unicorn Wisdom website. There is nothing new under the sun and anything I share here has been garnered from years of study, and I am still in the learning mode.

In 1983 and 1984 I taught a class on Numerology. I wrote a Student Handbook entitled “Numerology for Beginners” and the updated contents of that handbook are what I am sharing with you. In addition to the basic components, there are many little extras such as the number energy associated with your pet's name, social security number, home address, telephone number and more that are included.

Numerology is the study of the symbolism of numbers. It is one of the ancient studies in the science of energy or vibrations. It is used as a guidepost or blueprint of a person's strengths and weaknesses, obstacles to overcome, talents, inner needs and emotional reactions. It paints a picture that reveals all of the many, diverse parts of your personality that, when all are combined, create the “you” that you are and will/can become.

While numbers are tools they do not restrict or limit in any way. We all know that free will is a constant and that nothing is ever written in stone. They do, however, bring a clearer knowledge of why you are here. They indicate the obstacles you will encounter and also the talents and abilities you brought in with you that will be of assistance as you walk the path you have chosen to walk in this lifetime.

The word “mathematics” originated from the Greek “mathesia” (the learning). Its root “ma” (mother wisdom). Astrology originated in Babylon in 5th Century B.C. Where it was called “Babylonia Numbers”. Since number was the underlying principle of math, music and astrology, great importance was attached to it. The Science of Numbers was considered to be the origin of all things.

Although the exact origin of numerology is unknown, it is generally accepted, by most numerologists, that there is recorded history that indicates its birth in Egypt and Babylon. There is also evidence that numerology was used by the Chinese, Romans and Greeks.

Pythagoras...(570 B.C. To 490 B.C.): born in Syria, named in honor of Pythasis (Oracle of Delphi, prophetess of Apollo) who had told his parents (Minesarchus and Parthenis), of his coming birth and the importance of his life work which would be useful to all men throughout all time.

In the early 1960s I was ordained a Spiritual Minister, initiated into the White Brotherhood and became the student of Kuthumi, the Ascended Master who is the guardian and teacher of the ancient mysteries. He leads those who are on a quest for higher knowledge, unconditional love and finding their place in the overall scheme of things.

I first became aware of him when I began my study and research of numerology, Pythagorus, his teaching and his mystery school. The Kuthumi energy was woven into all of it.

What I gained from my research led me to become a teacher and counselor and it introduced me to many parts of the unseen world found in Universal Love and Universal Wisdom I had not been aware of. As I was already surrounded by the strength and wisdom of the Unicorn I found it all blended and the combined energies became one of unconditional love and acceptance.

For the past few years I have found myself drifting away from my spiritual energies into the grosser energies of the world of power, greed, corruption and control called politics. The energy of unconditional love has become silent for me. Anger, frustration and confusion has taken its place.

But my heart has become heavy and I have sought to once again feel the presence of Kuthmi and to feel his energy and unconditional love. He has answered my quest for help and we have had several conversations this past month.

I am feeling the return of my love for music, which was a large part of my life from childhood on, and it brings back feelings of contentment and peace. I am feeling bits of compassion emerging and empathy.

Not sure where this will lead me or which path my feet will become planted on but it may well become a bumpy ride before it settles in and becomes a part of me. 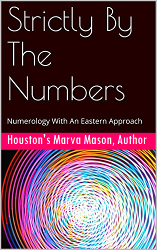